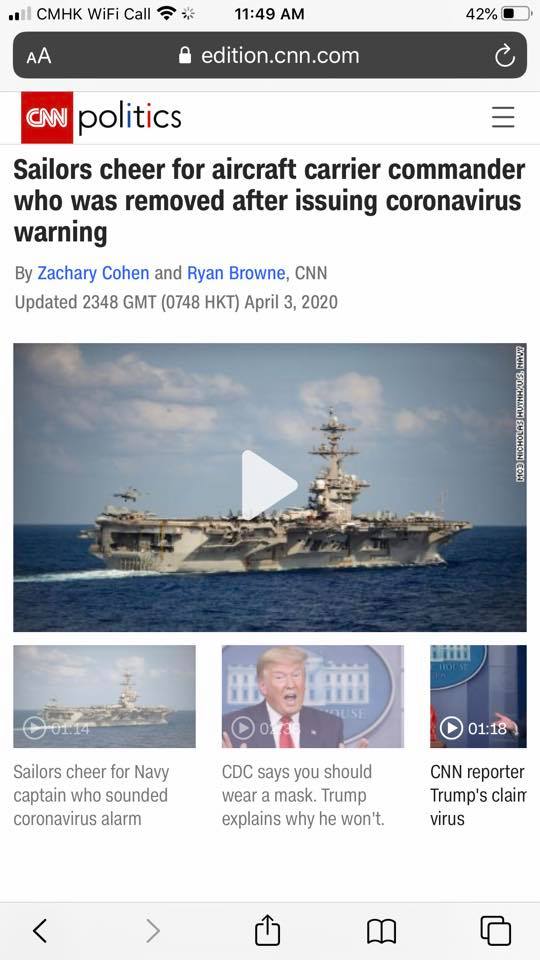 “The Americans blame China for shutting up the doctor who first brought attention to Covid 19. But he was only admonished and did not lose his job. Look what the US did to the captain of the aircraft carrier? They fired him and publicly vilified him, nationwide!! Worse behavior than what the few local Chinese officials did. So much for American democracy. Who’s the evil empire? You make up your mind.” 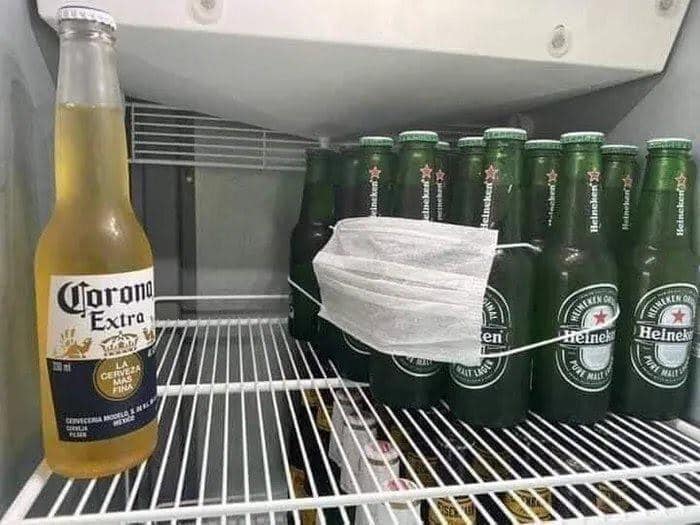